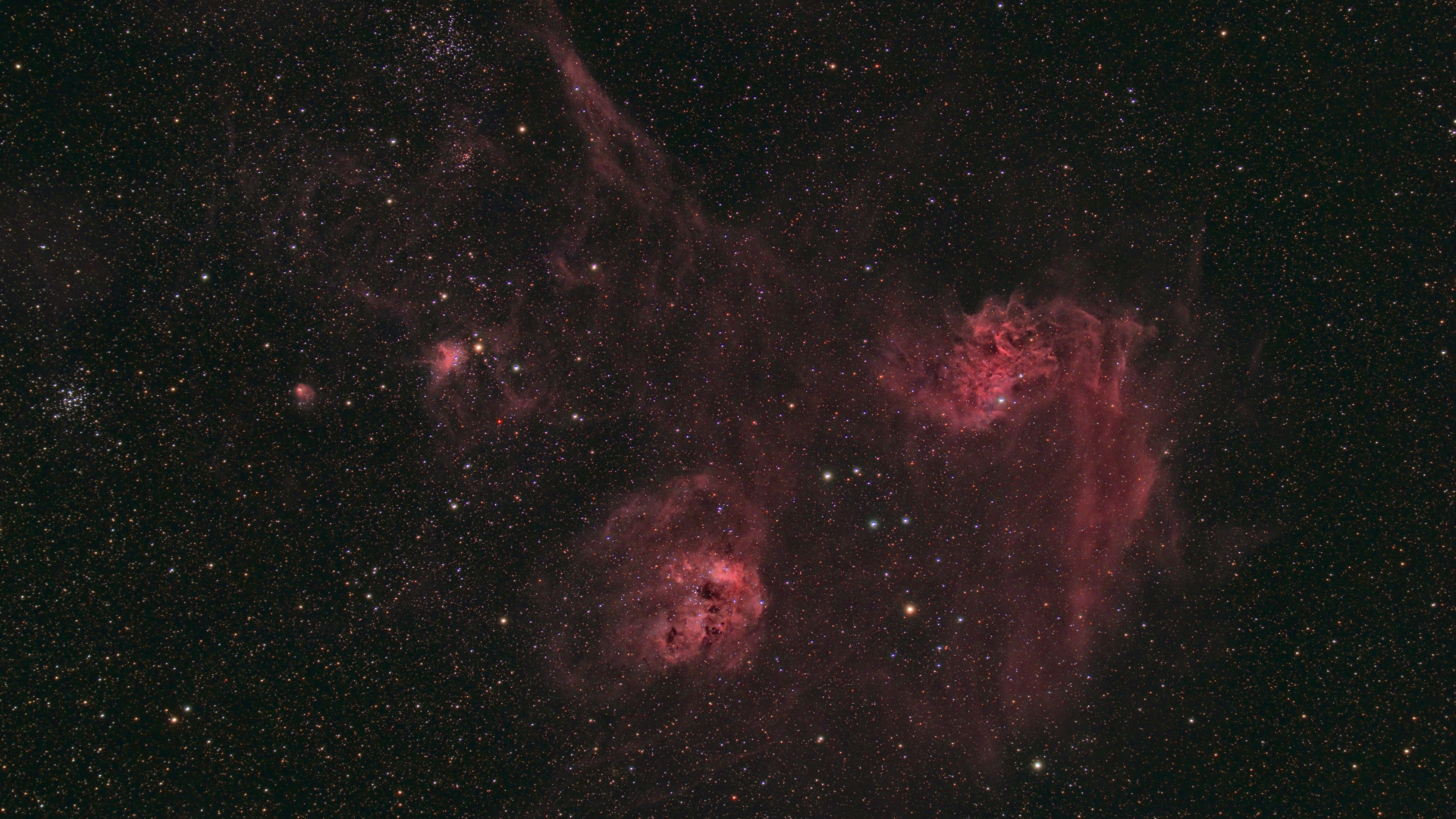 The large nebula in the image center is The Tadpoles (IC 410) with the open star cluster NGC 1893. The large nebula on the right is The Flaming Star Nebula (IC 405). At the left border is the open star cluster M36 also known as teh Pinwheel Cluster. To it's right is very small nebula called the Fly Nebula (NGC 1931) and a bit further right a slightly larger nebula called the Spider Nebula (IC 417). Last but not least the open star cluster at the upper border is M38 also known as the Starfish Cluster. The objects happen to be close to each other in our line of sight but in reality the distance is different. The two open star clusters are 4240 lightyears a way. The Fly Nebula is even further away at 8155 lightyears. The Tadpoles at 2185 lightyears is much closer like the Spider Nebula at 2700 lightyears. At 1500 lightyears the Flaming Star Nebula is our closest neighbor. ‹ ^ ›