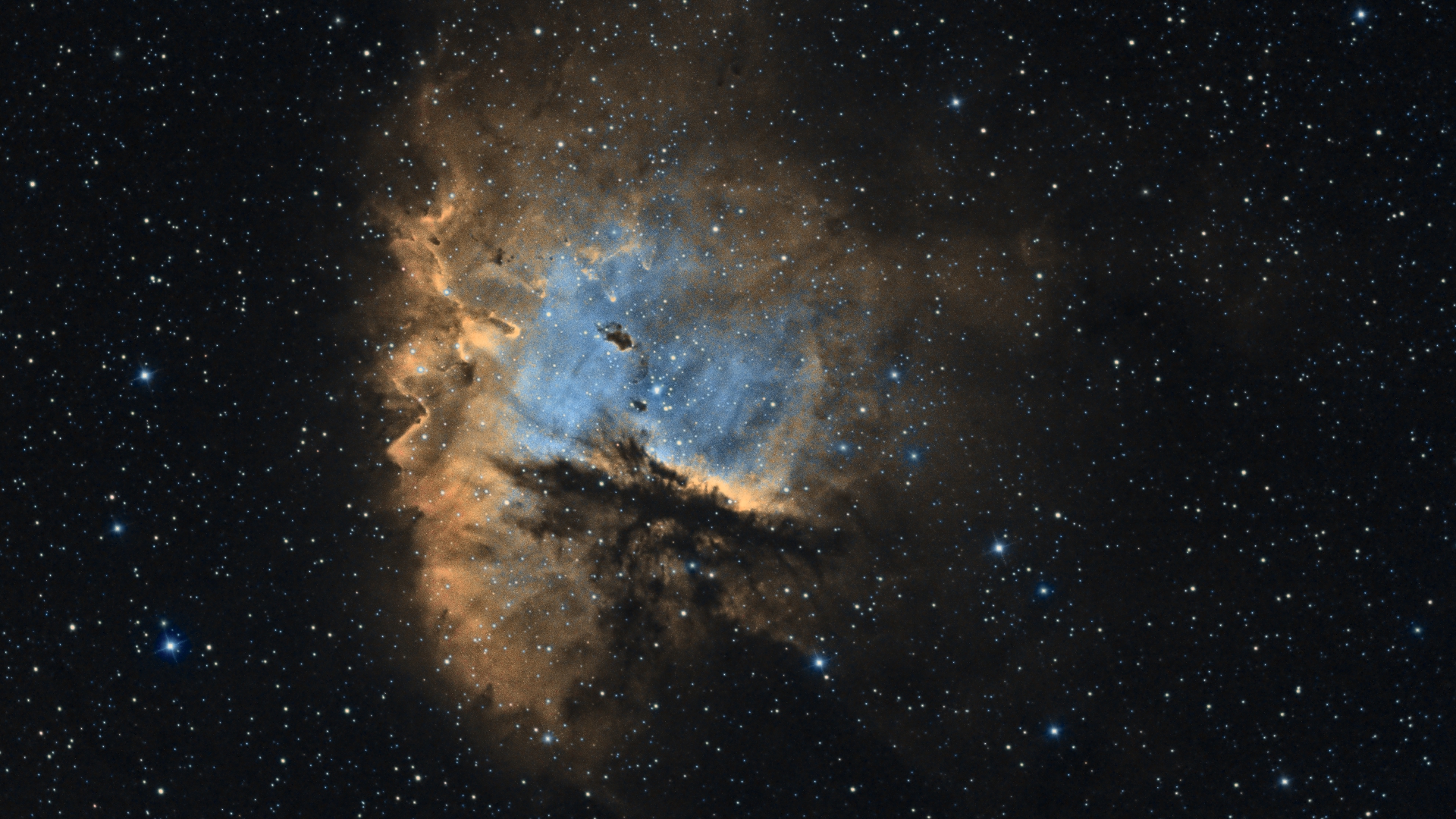 This is my first narrow band image. It is a bicolor image made from Ha and O-III only. Using a method developed by Steve Cannistra a third channel is generated by multiplying the pixel values of Ha and O-III. I modified Steve's method slightly and used the square root of the product with both data set normated to [0..1]. Following the HSO pallet Ha was mapped to red, O to blue and the artificial channel to green. After the mapping Ha was used as luminance. Almost all structure in the image is in the Ha data. The O-III signal is weak and does not show so much structure. ‹ ^ ›