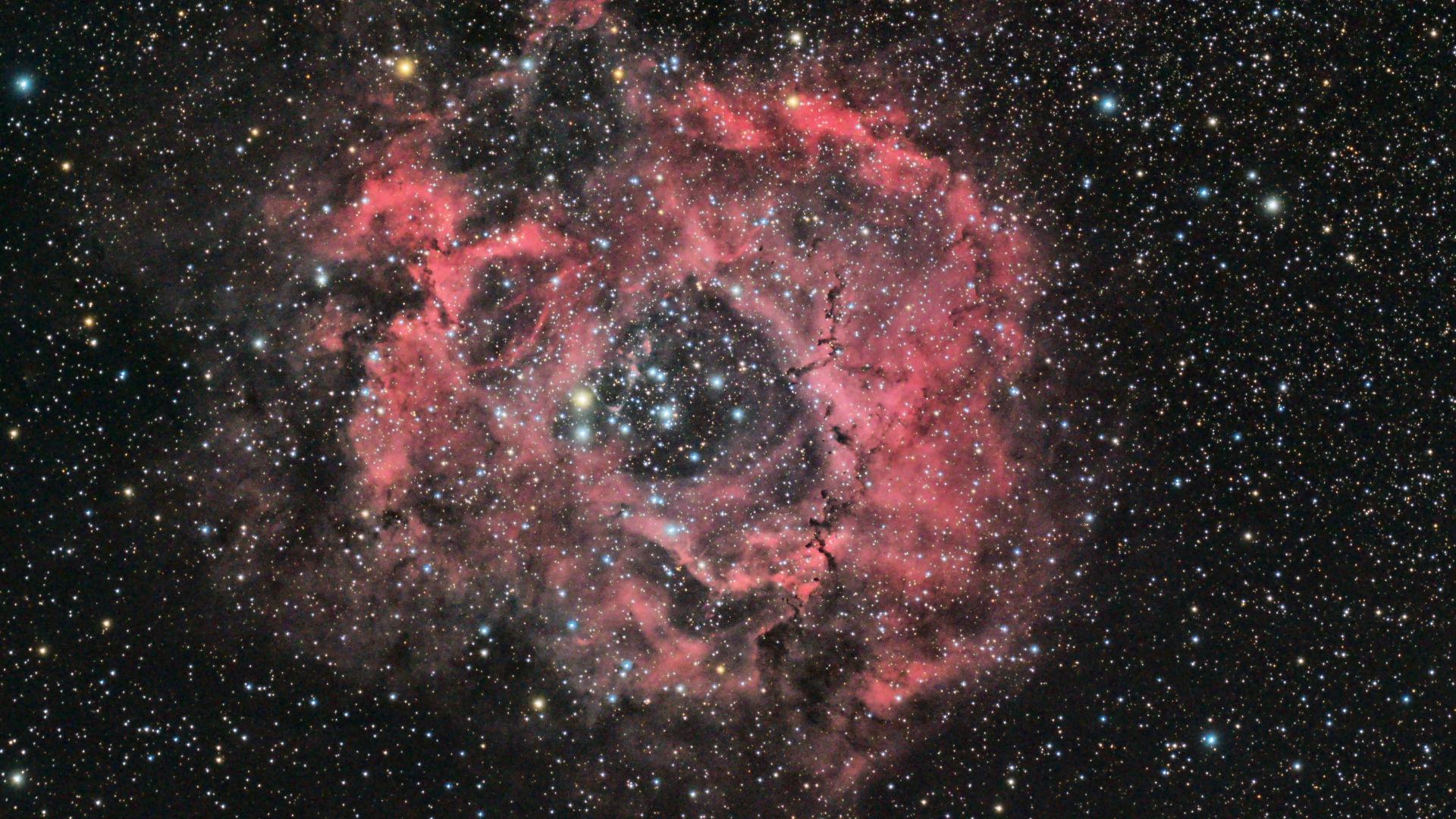 OSC was taken with an unmodified Canon 600D. Ha, taken with a mono modded T3i was first added to the red channel. After that the color image was processed as usual. An artificial luminance was extracted from the OSC and blended with the Ha data. This blended luminance was combined with the color image. The seeing was poor, FWHM was in the 4-5 arcsec range. I excluded all subframes with an FWHM higher then 5 arcsecs. After deconvolution and thanks to the size of the object it still is a decent image in my eyes. ‹ ^ ›